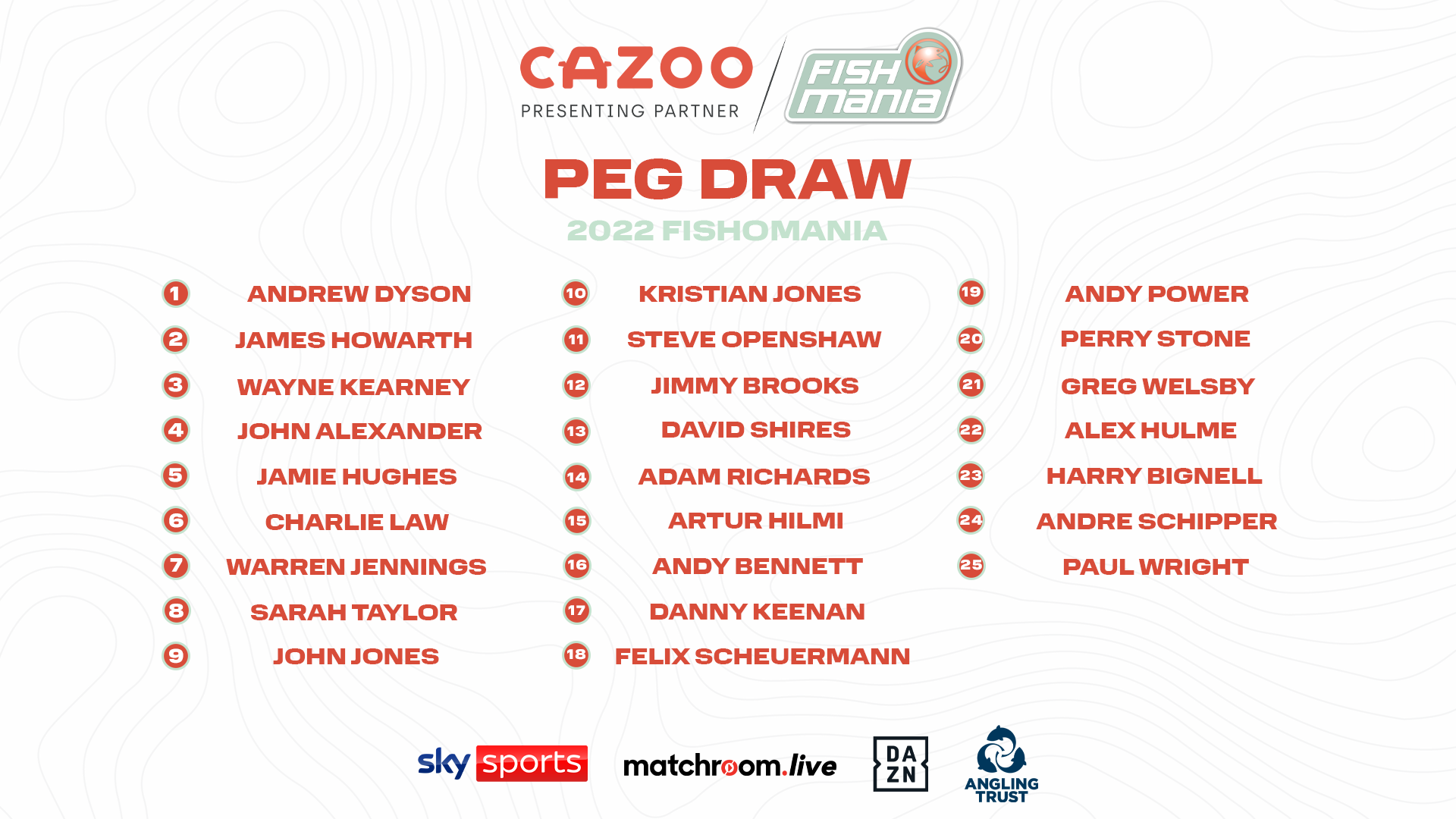 The Peg Draw for Cazoo FishOMania 2022 has been made, with defending champion Harry Bignell drawing peg 23 as he looks to defend his title at Westwood Lakes this Saturday, 23 July with £50,000 up for grabs.

The draw was made live on Facebook yesterday evening, hosted by Rob Palmer with Keith Arthur offering expert opinion. The draw can be watched back now at Facebook.com/FishOMania 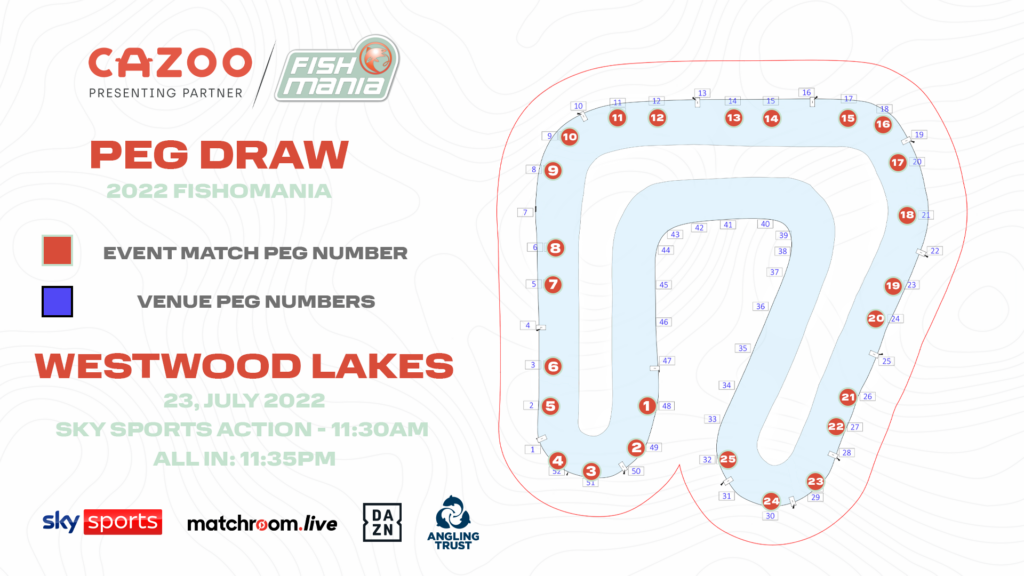 Action gets underway on Sky Sports Action from 11:30am this Saturday, 23 July. Spectator tickets are sold out. If you are fortunate enough to have a ticket. Please remember to bring proof of ticket and parking purchase. Spectators are advised to not turn up without a ticket.

Cazoo FishOMania 2022 – Everything you need to know