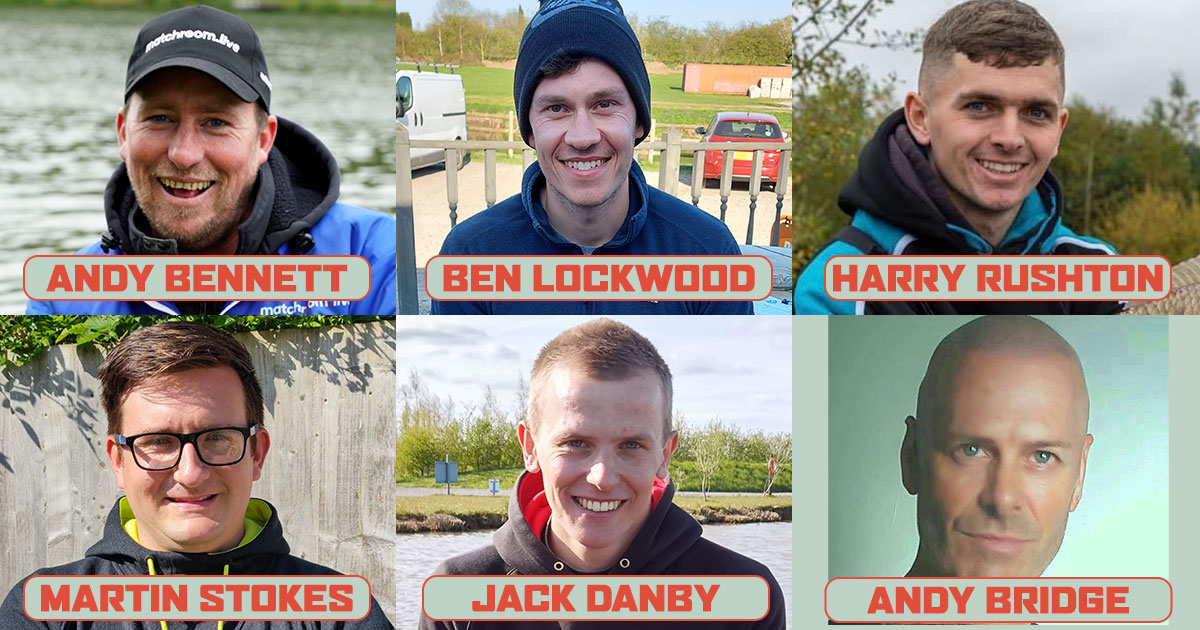 Ahead of this Saturday’s Fish‘O’Mania at Hayfield Lakes in Doncaster we profile the 24 anglers taking part, starting with the first six who qualified for this year’s Grand Final.

Andy Bennett
Defending Champion
Previous FishOMania Finals: Winner, 2019 & 2020
Andy Bennett made history last year becoming the first ever back-to-back champion. Can he make it an unprecedented hat-trick? The popular fishing coach is a Manchester City fan and enjoys the ‘man vs nature’ element of being on the banks.

Ben Lockwood
Qualified from: Moorlands Farm
Previous FishOMania Finals: Debut
Having come close in the past, Ben Lockwood finally made it through to the FishOMania Grand Final for the first time this year. The 29-year-old lists Andy Bennett among his favourite anglers and is a regular at the gym. His favourite aspect of fishing is being outdoors but he doesn’t like the impact of the luck of the draw.

Harry Rushton
Qualified From: Heronbrook Fisheries
Previous FishOMania Finals: Debut
Harry Rushton secured his place at this year’s FishOMania by winning April’s qualifier at Heronbrook. He and partner Danielle are expecting their first child in September and describes qualifying for FishOMania as something that had always been a dream. He lists three fellow FishO contenders Andy May, Andy Bennett and Jamie Hughes as his favourite anglers.

Martin Stokes
Qualified From: Partridge Lakes
Previous FishOMania Finals: Debut
Another FishO debutant, Martin Stokes qualified from Partridge Lakes. The father of two has been angling for 13 years and is a keen Manchester United fan. Nicknamed Stokesy, Martin describes himself as a positive, friendly person who likes to have a laugh and enjoys sharing his angling advice to those just taking up the sport.

Jack Danby
Qualified From: Westwood Lakes
Previous FishOMania Finals: Debut
A bronze medallist at Golden Reel three years ago, Jack Danby was Aidan Mansfield’s bank runner at FishO last year, and the pair have swapped roles this year as Jack sealed his first FishO finals when he won the Westwood Lakes qualifier in April. Jack is a sales rep in the industry and supports Nottingham Forest.

Andy Bridge
Qualified From: Old Hough
Previous FishOMania Finals: Debut
Another FishO debutant, what ‘Bridgey’ likes best about fishing is the relaxing and the competitiveness. Is biggest fishing peeve is anglers packing up early on neighbouring pegs, but he won’t need to worry about that at FishOMania. He describes himself as good humoured and not somebody who takes life too seriously.