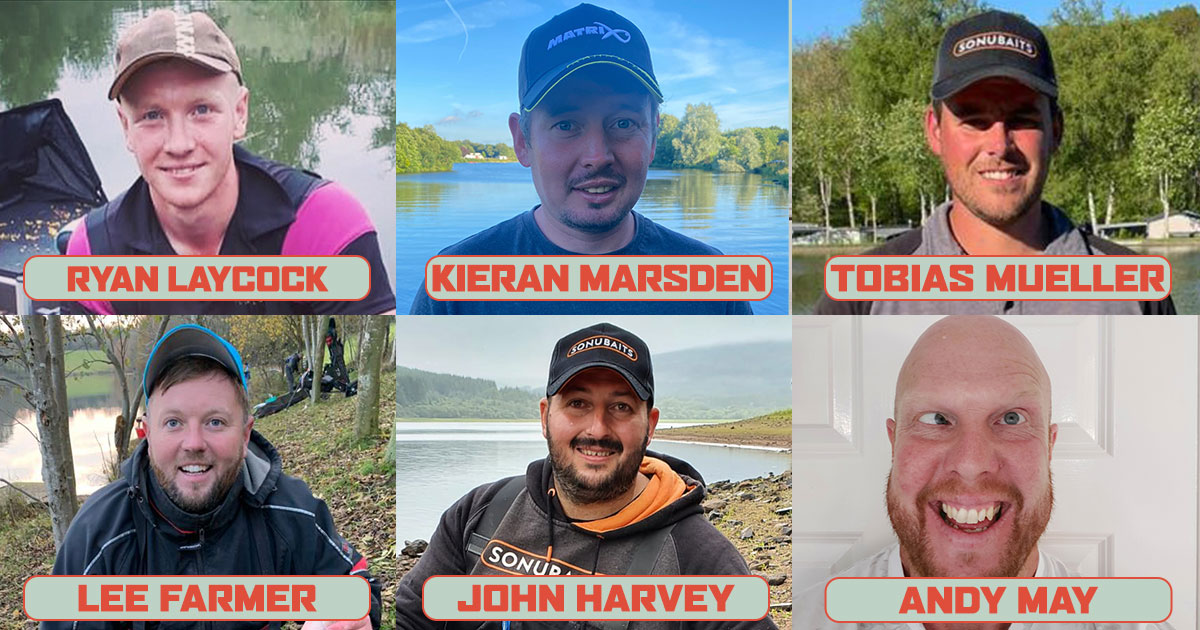 Ahead of this Saturday’s Fish‘O’Mania at Hayfield Lakes in Doncaster we profile the 24 anglers taking part, continuing with the next six to qualify for this year’s Grand Final.

Ryan Laycock
Qualified From: Lindholme Lakes
Previous FishOMania Finals: Debut
Dog handler Ryan is making his FishO debut this year, something he counts among his best angling achievements. His favourite angler is his bank runner, a previous FishO finalist in the form of Steve Barraclough. He enjoys football and going to the gym and describes himself as an active, easy going, family man.

Kieran Marsden
Qualified From: Tunnel Barn Farm
Previous FishOMania Finals: Debut
A previous Golden Reel and Angling Trust Silver Fish finalist, St Helens angler Kieran is at the FishO finals for the first time. He enjoys the competitive side of angling and did lots of DIY during the lockdowns. He describes himself as motivated, hard-working and passionate about fishing.

Tobias Mueller
Qualified From: Germany
Previous FishOMania finals: Debut
This year’s qualifier from Germany is tiler Tobias Mueller, who is a multiple German champion. He has fished the Coarse World Championship several times and lists England international Des Shipp as his favourite angler. He enjoys the tactical side of match angling.

Lee Farmer
Qualified From: Moorlands Farm
Previous FishOMania Finals: 2020 (3rd)
Having come third last year, Lee Farmer makes it back-to-back FishOs this year and will be hoping to go one better and land the £50,000 first prize. The brick layer from Nuneaton has been fishing since he was five. Nicknamed ‘Mushy’, he won Barston Bowl in 2016 and was able to spend some quality time with his two-year-old daughter with the extra time at home which the pandemic brought.

John Harvey
Qualified From: Todber Manor
Previous FishOMania Finals: 2015 (8th)
Harvey returns to FishO for the first time since 2015 when he actually fished twice; once in the main event where he finished 8th at Cudmore Fisheries, and again the next day when he represented Wales in the International Match. He enjoys rugby and football and notes the unpredictability of fishing as one of his favourite things about the sport.

Andy May
Qualified From: Partridge Lakes
Previous FishOMania Finals: 2008 (4th), 2011 (15th), 2016 (1st), 2019 (5th)
Andy May is back competing in his fifth FishO finals and is looking for a second title after lifting the trophy in 2016. The popular and charismatic angler will be up against his Winning Ways YouTube partner Jamie Hughes and another friend, defending back-to-back champion Andy Bennett. May has previously worked as part of the Sky Sports coverage of FishOMania but has again left the studio to peg it up in the final this year.

FishOMania 2021 – Everything You Need To Know