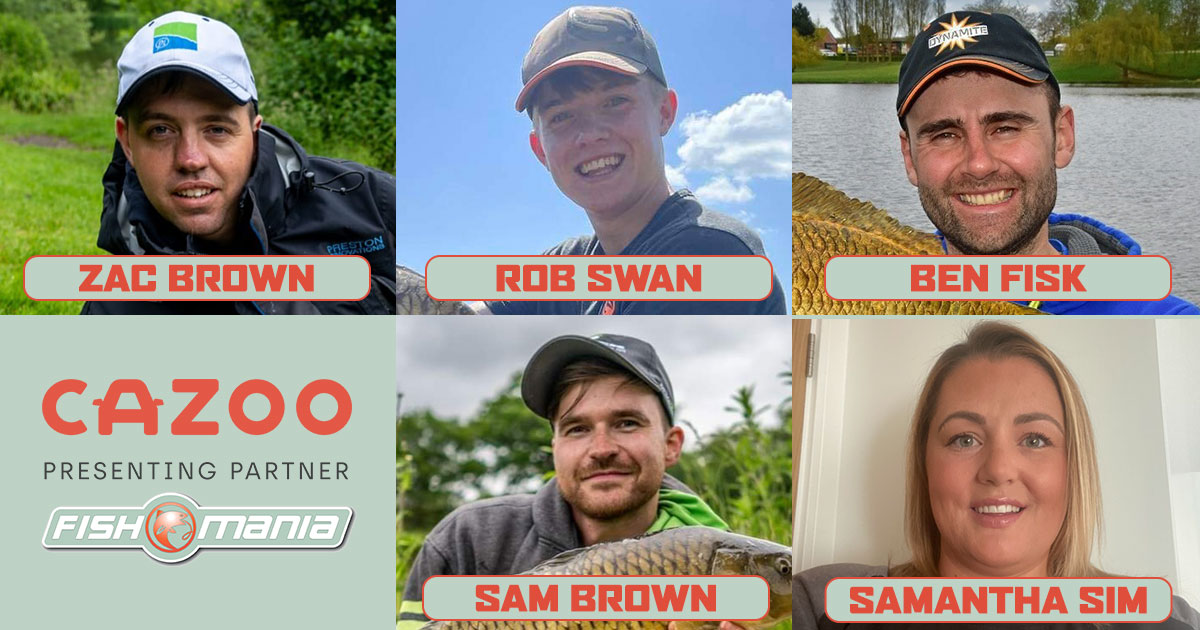 Ahead of this Saturday’s Fish‘O’Mania at Hayfield Lakes in Doncaster we profile the 24 anglers taking part, continuing with the final six to qualify for this year’s Grand Final.

Zac Brown
Qualified From: Monk Lakes
Previous FishOMania Finals: Debut
Zac is a former UK Angling Champion and has also won Maver Match This, but this is his first FishOMania finals. The Sussex angler says he’s very laid back and not easily flustered, and enjoys the competition of angling.

Rob Swan
Qualified From: Weston Pools
Previous FishOMania Finals: 2020
Rob Swan is back for a second successive FishO finals. The 20-year-old from Carlisle fished the World Youth Championship in 2019 and lists Andy Bennett as his favourite angler. Getting away and being outdoors are elements of fishing he enjoys and he describes himself as passionate, competitive, determined, approachable and outgoing.

Ben Fisk
Qualified From: Lindholme Lakes
Previous FishOMania Finals: 2016 (7th)
‘Fisky’ is back for his second FishO five years after his debut. A former British Open runner-up, Ben enjoys hiking and photography. The 34-year-old from Leeds started his own angling YouTube channel during the pandemic and describes himself as the guy who usually finishes second.

Harry Bignell
Qualified From: Makins Fishery
Previous FishOMania Finals: Debut
Harry is a 30-year-old Commercial Vehicle Salesman from Beverley, Yorkshire. His favourite anglers include Steve Ringer and Andy Bennett and describes himself as ‘chatty and sometimes daft but very motivated at the same time’.

Sam Brown
Qualified From: Hayfield Lakes
Previous FishOMania Finals: 2017 semi-final
Production Planner Sam has reached his first FishO final after making the semi-finals which were in place four years ago. He describes himself as friendly but competitive and used the lockdowns to try new types of fishing he hadn’t tried his hand at before.

Samantha Sim
Qualifier From: Ladies National Championship
Previous FishOMania Finals: Four-time FishOMania Ladies Champion
Samantha Sim booked her place at Hayfield when she was crowned Ladies National Champion last weekend. She won the FishOMania Ladies title four times before it was merged with the Grand Final. Her illustrious angling career includes three National titles and team gold with England and her eldest son Billy is part of the England Under-20 set up at the age of 16.